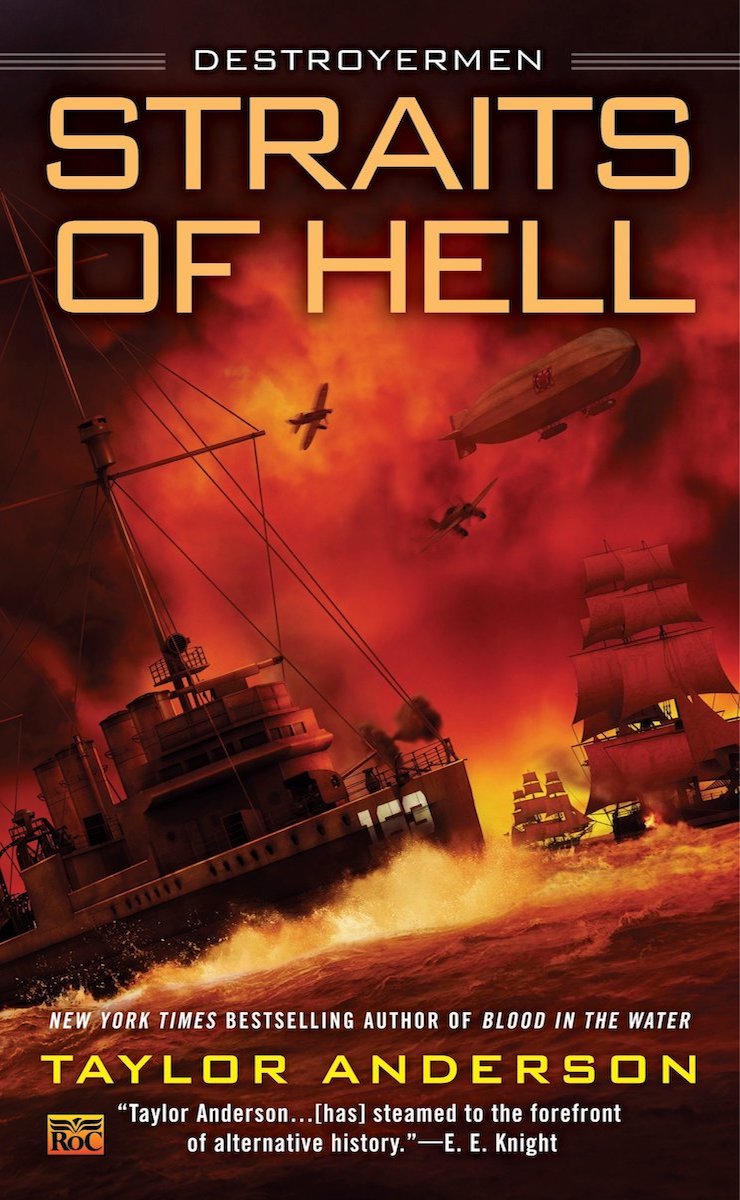 Matt Reddy’s old Asiatic Fleet destroyer USS Walker has been mysteriously transported to an alternate version of earth. Here WWII is no longer raging, and Reddy and his crew have been trying to find a new place for themselves in this strange new world.

Now, along with the felinoid Lemurians and Imperial allies, they fight to keep the reptilian Grik, a race growing in supremacy, from reconquering the Lemurians’ ancestral home on Madagascar. Reddy and his crew are exhausted, far from reinforcements, and wildly outnumbered, so the odds seem greater than ever before. As for the fate of the Americas, Don Hernan and the evil Dominion have gathered to annihilate the forces behind the walls of Fort Defiance as a shadowy power with an agenda all its own rises with chilling resolve.

As the war teeters on a knife-edge, a tipping point may have been reached at last—and cold steel and hot-blooded valor will remain the ultimate weapons.