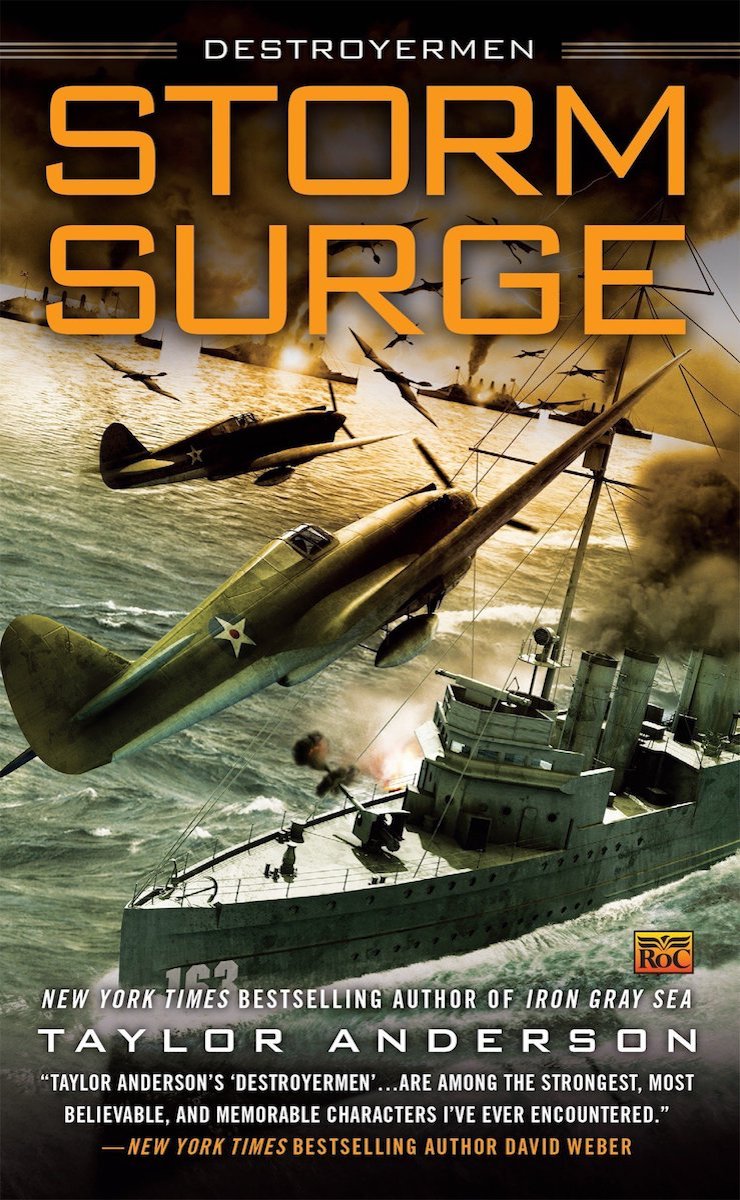 In Taylor Anderson’s acclaimed Destroyermen series, a parallel universe adds an extraordinary layer to the drama of World War II, as Lieutenant Commander Matthew Reddy and the crew of USS Walker, cast into that alternate earth, continue to fight the war that rages across the globe.

In the Pacific, as USS Walker is repaired and updated after a previous battle and Reddy is healing from his wounds, planning begins for a bold raid on the very heart of the Grik Empire.

But time is running out for the Alliance army in Indiaa, and the Allied forces in the west must gather in an unprecedented land, air, and sea campaign to destroy the mighty Grik battle fleet and break through to their relief. All other plans go on hold when the attempt proves more difficultand more heartbreakingly costlythan anyone imagined.

Meanwhile, the struggle continues on other fronts near and far: in the jungles of Borno in distant Southern Africa and in the Americas, where the allies are finally learning the terrible truth about the twisted Dominion.

The Alliance is on the offensive everywhere, but their enemies have a few surprises, including new weaponry and new tactics…and a stunning geographic advantage that Reddy never suspected.