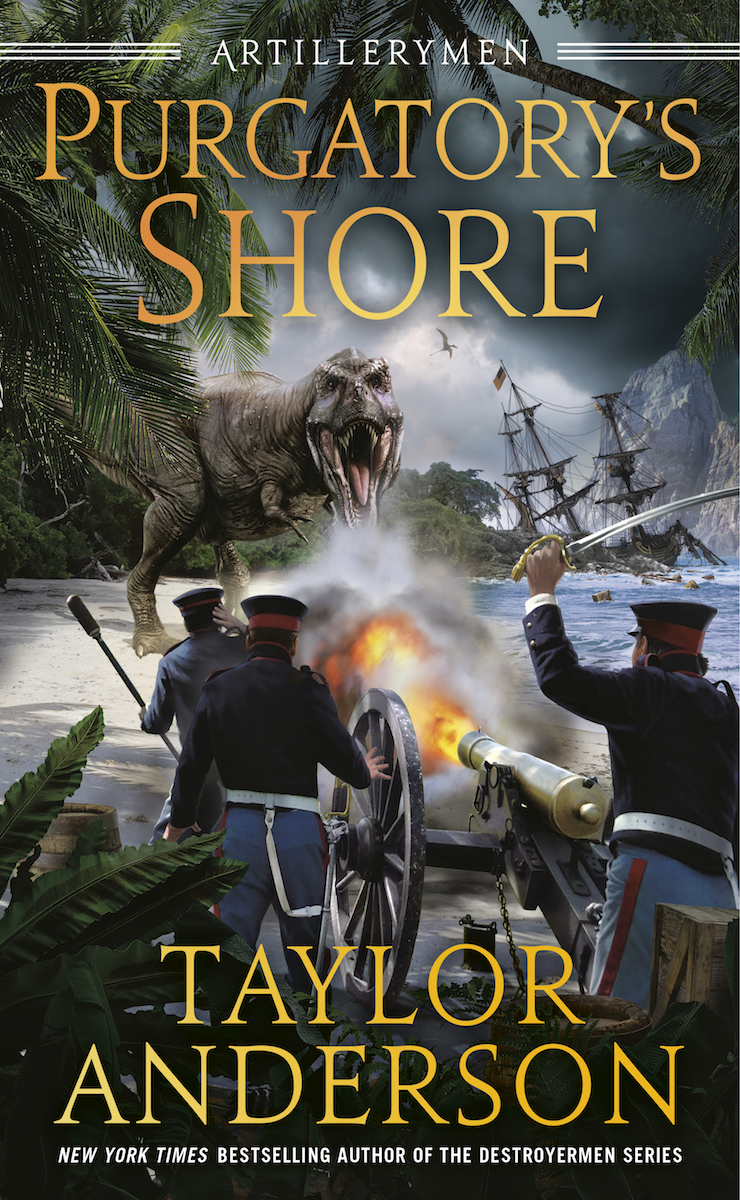 On their way to fight in the Mexican-American War, a group of American soldiers are swept away to a strange and deadly alternate Earth in this thrilling new adventure set in the world of the New York Times bestselling Destroyermen series.

The United States, 1847. A disparate group of young American soldiers are bound to join General Winfield Scott’s campaign against Santa Anna at Veracruz during the Mexican-American War. They never arrive.

Or rather . . . they arrive somewhere else.

The untried, idealistic soldiers are mostly replacements, really; a handful of infantry, artillery, dragoons, and a few mounted riflemen with no unified command. And they’ve been shipwrecked on a terrible, different Earth full of monsters and unimaginable enemies.

Major Lewis Cayce, late of the 3rd US “Flying” Artillery, must unite these men to face their fears and myriad threats, armed with little more than flintlock muskets, a few pieces of artillery, and a worldview that spiritually and culturally rebels against virtually everything they encounter. It will take extraordinary leadership and a cadre of equally extraordinary men and women to mold frightened troops into an effective force, make friends with other peoples the evil Holy Dominion would eradicate, and reshape their “manifest destiny” into a cause they can all believe in and fight for.

For only together will they have any hope of survival.