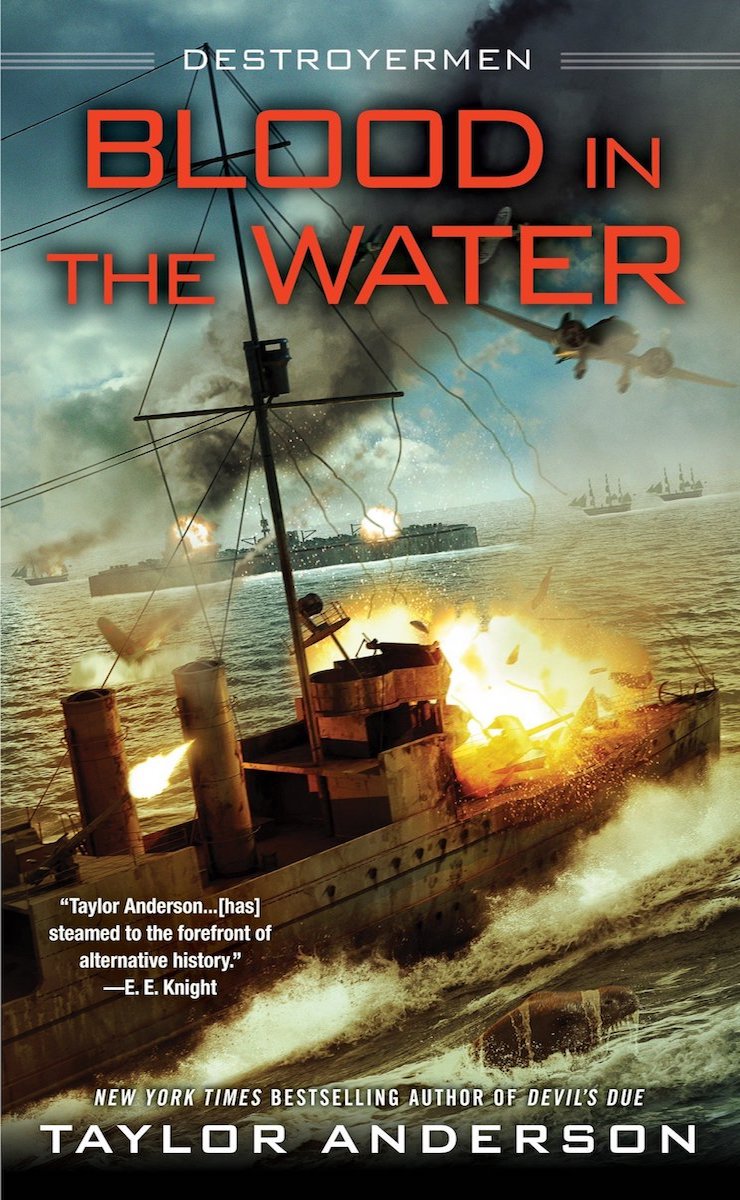 Blood In the Water

Ever since the USS Walker came from another world war to defy the terrifying Grik and diabolical Dominion, Matt Reddy and his crew have given their all to protect the oppressed Lemurians. But with the Walker in desperate need of repairs just as the Grik’s First General is poised to strike, Reddy is desperate.

With more enemies than ever before arrayed against them, the crew of the Walker needs new allies. That means combing the lethal wilds of Madagascar to find the Lemurians’ fabled ancestors, as well as the enigmatic dwellers east of the Pass of Fire. But what Reddy’s crew unearths may be more than they can handle—discoveries so shattering they could tilt the balance of the war in either direction.

But Reddy’s greatest adversary is from his past: a madman named Kurokawa whose single-minded mission of revenge will shake the Alliance to its core and raise the stakes to the most personal and terrifying levels Reddy has ever faced.